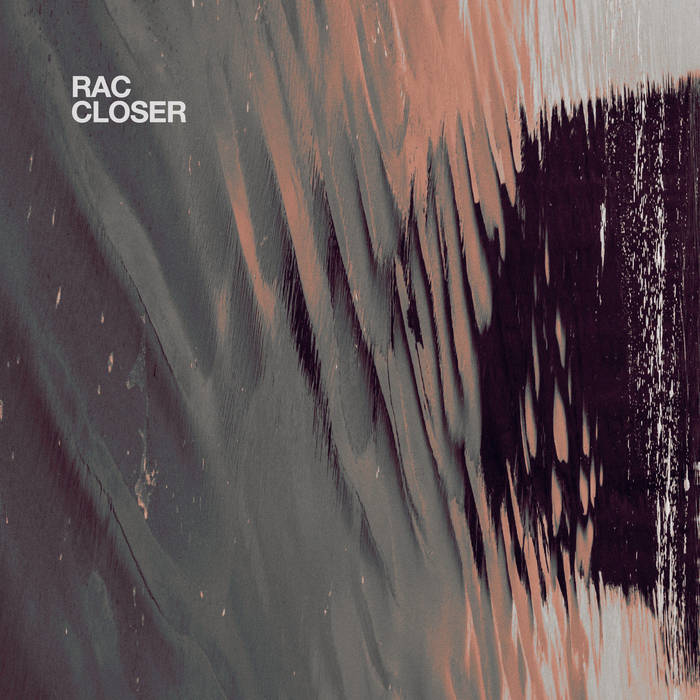 Grammy award winning artist RAC (real name André Allen Anjos) returns to Counter Records with new instrumental EP, “Closer”. Consisting of four piano-driven tracks he composed for the Oregon Ballet Theatre, the record sees Anjos' music branch off in a different direction to his previous releases, showcasing his broad skills as a varied and talented musician and composer. The result is an emotive and melodic EP, "It was quite liberating to throw away every songwriting convention and write something purely emotional”, comments Anjos. "Writing for ballet has its own set of challenges but after years of writing pop songs, it was so much fun to try something so different”.

Anjos’ interest in the Oregon Ballet Theatre (OBT) was sparked after being taken to various contemporary performances by his wife in 2017. After reaching out to OBT expressing an interest in working together, the project soon culminated in a three-week run called CLOSER in 2018. “The idea behind it was to pair me with 4 different choreographers and write something specifically for them” explains Anjos, naming the EP tracks after these choreographers; Katherine Monogue, Makino Hayashi, Lisa Kipp and Peter Franc.

Moving into unknown territory was both a liberating and challenging experience for Andre, putting aside what he’s familiar with as a songwriter. “This industry has a way of shoving you into boxes and keeping you there, so I'm thankful to have the opportunity to stretch my legs artistically and continue my pursuit of becoming a better musician”.

Born and raised in Portugal, Anjos studied piano and guitar in his teens and played in local bands. He moved to the US to study music business in Illinois before settling in Portland, Oregon. He founded RAC while in his college dorm and has since gained an audience creating remixes for Lana Del Rey, Yeah Yeah Yeahs, Ellie Goulding, Foster the People, Phoenix, Imagine Dragons, Two Door Cinema Club, The Shins and label mates ODESZA, among many others. “Closer" follows on from Anjos’ debut album “EGO” released via Counter Records in 2017 (which featured appearances from Rivers Cuomo, Rostam, St. Lucia and more), received critical acclaim from the likes of Pitchfork, NME, Stereogum, NEST HQ, Consequence of Sound and Dancing Astronaut. Plus radio support from the likes of Pete Tong, Huw Stephens (BBC Radio 1) and Matt Wilkinson (Beats 1).

Grammy award winning recording artist based in Portland, OR.

Bandcamp Daily  your guide to the world of Bandcamp